The Scorpion Den, also known as Sepermeru Silver Mine, is a small dungeon located in the south-western desert area, south-west of the actual city. It teems with scorpions big and little, but can also be a profitable venture for anyone brave enough to gather silver in the dark mine shafts.

The dungeon itself has no landmark. It can be found between two landmarks. When first entering, a small cavern to the right is available with a small Note.

It contains two bosses and a unique recipe. Players who finish it can obtain: 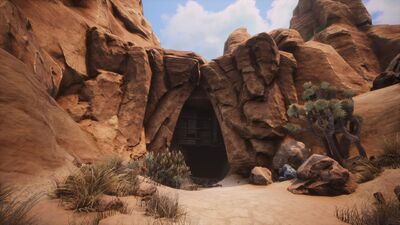