The Purge is a PvE mechanic in Conan Exiles. It is a semi-random event that occurs based on players' actions throughout the Exiled Lands. The Purge involves an army of NPCs or creatures that randomly spawns on the map with the sole purpose of attacking a player-built structure. Surviving a Purge grants the Journey Step: Survive a Purge.

The Purge Meter fills as players perform various activities in the game, and falls when the player remains logged out and inactive. When it reaches the first mark at roughly 75% of the bar there is a chance for The Purge to occur, and any amount filled from 75% to 100% will be carried over as The Purge starts. All players within a clan share the same Purge Meter.

The Purge will occur for whichever eligible player (or clan) is chosen - whether they are logged in or not (again, dependent on the server settings). If you are on a dedicated server or local game, and you are the only one playing, the purge will only pick you.

In general, the severity of The Purge depends on the area.[2] Depending on Server Settings the maximum purge level might be capped.

Difficulty affects which waves are picked to Purge. Higher difficulty levels have a higher chance to have more powerful NPCs, spawn more waves and spawn more bosses. It is still possible to spawn a level 1 Purge even though the difficulty is set to level 6.

Players have a chance to capture named thralls during The Purge. Some may just be plain thralls, but others may provide special recipes that you do not obtain with other thralls - some of these being the only thralls able to craft

Legendary Weapon Repair Kits. A few priests also only spawn during the Purge, but all religions now have a T4 Priest spawn point. 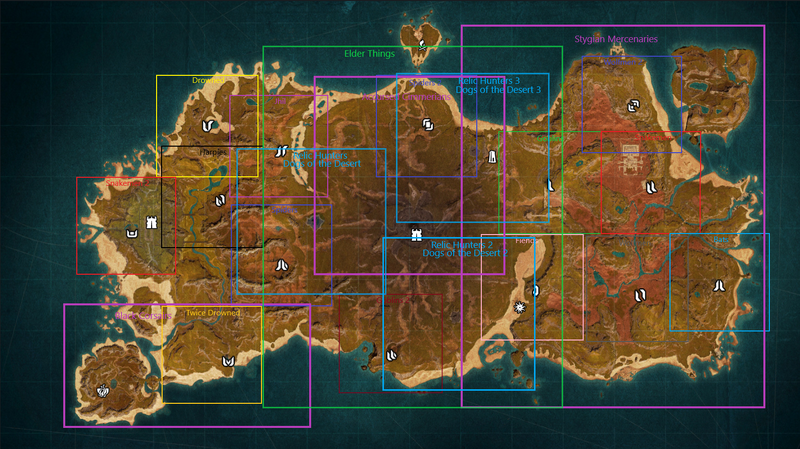 There are some known issues with The Purge that developers are working on smoothing out:

Additions of variable argument for the admin purge commands according to Purge Types.