Shrines are the basic altars for the various Gods in Conan Exiles.

Right now (Version 1.0.0) there are six gods implemented into the game, Crom, Derketo, Set, Mitra, Yog and Ymir, though Crom has no shrine, as he is the "God who requires no worship". The shrines are:

Shrines cannot be placed near to each other - there must be at least EIGHT foundations in space between them. 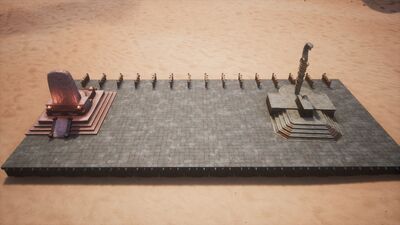