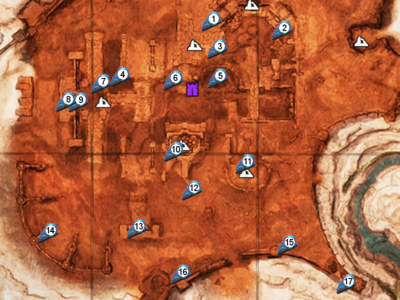 All Relic Fragment locations in the Unnamed City.

Relic Fragments are small chests that can be found hidden around the map. Each has a 30% chance to spawn after a server restart and, after being looted, will respawn randomly after four to twelve hours.

The Unnamed City is the primary area with Relic Fragments. A few can also be found inside the Wine Cellar dungeon, on the "island" only accessible by bridge where one of the Khari Remnants may be fought, all sitting around his throne. The other chests in this dungeon that look the same as Relic Fragments drop Khari Steel instead.