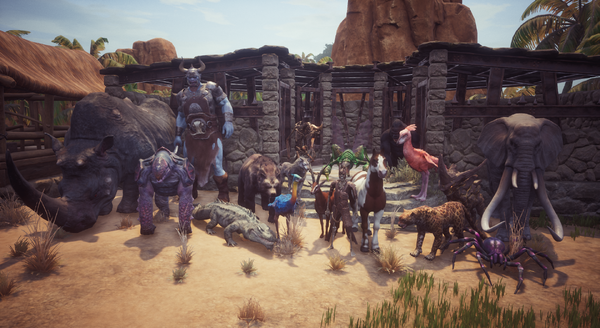 The Player can raise a variety of pets in order to build their farm, defend their base, or explore the Exiled Lands with a trusty companion by their side.

How to Acquire[edit | edit source]

There are 5 ways to obtain certain Pets:

Both baby and adult pets will have an expiration timer placed on them when they are in the Player's inventory. The timer may be paused by either putting the creature into the appropriate taming shelter, placing them in a Preservation Box with ice, or (if an adult pet) placed into the world.

Once an adult pet has been placed into the world, it can be tasked with following the Player. If chosen to be a follower, the pet will follow the Player around the map and should attack any enemy that attacks the Player or that the Player chooses to attack.