Conan Exiles Wiki
Register
Don't have an account?
Sign In
Advertisement
in: Dogs of the Desert, Factions

Dogs of the Desert 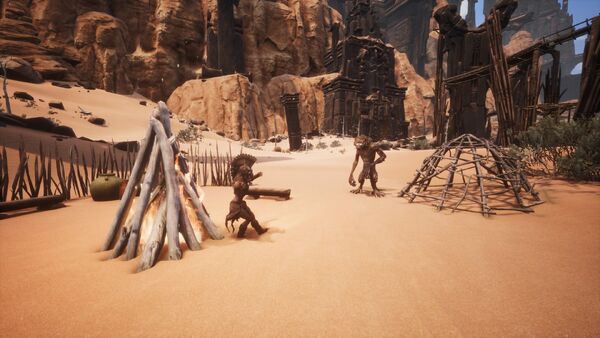 The Dogs of the Desert are a tribe of Werehyenas with human followers/thralls. They are clad in Hyena Pelt and Bones or wear simple clothes. Their savage rituals are inspired by and in honor of Jhebbal Sag, the god of the hunt. Their rites are barbaric, albeit providing limited protection or even ailments for the rotten corruption of Acherus.

Dogs of the Desert control an area north of the Unamed City and around the eastern Savanna, but also have camps bordering on Black Hand territory in the north-eastern desert area and a big camp at Hand of the Maker, overlooking the central river of the desert. They tend to populate several bigger to medium-sized and a few smaller camps.

Their health across converted Thralls Entertainers, Fighters and Archers goes as follows: 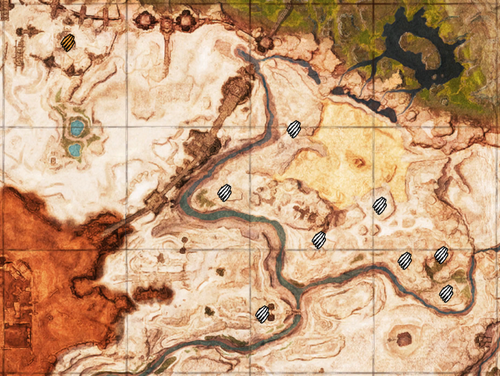 The Purge only: Notable NPCs[]