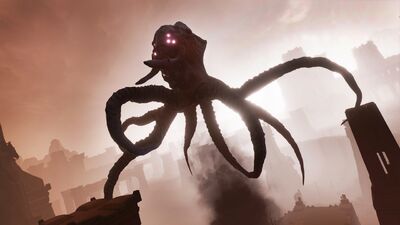 Avatars are the ultimate expression of your Religious fervor in Conan Exiles. These huge creatures are the physical embodiment of the gods that appear for a very brief period on the earth.

The avatars are the ultimate tool for crushing your enemies. Their incredibly powerful attacks smash anything in their path. No building, castle or wall can stand before them.

Even though their power is immense, the effort needed to summon an avatar is massive. Not only do you need to have constructed a T3 altar, but you also need to have captured an archpriest for your religion.

Once the summoning is complete you control the avatar of your god. As the avatar, you tower over the Exiled Lands. Doing this will consume the altar and everything on it.